The Robin And The Raccoon


Even tiny signs of Spring can fill your heart with hope and gratitude, though in Montréal the fresh-green-everywhere, exhilarating days that we call ‘Spring’ usually take place one full month after Winter is over.


On Spring Equinox, I visited the hill for the first time since January, and I realized once again how much I had missed this holy place.


I have come back there several times since, while snow was slowly melting away from the scenery, criss-crossing tracks disappearing into the moist air.


Ice crystals were shifting again into drops of water, which were in turn gratefully absorbed both by the silent soil and the dry, cold atmosphere.

You could feel your face immersed into currents of various density and humidity (almost like a swimmer in a river), and the sap rushing freely again in the trees – their hopeful buds becoming more present and visible at the tip of the branches, after five months of patient holding on.


Not opening yet, but gathering momentum.

On this promising Spring Equinox, after spending some time in the presence of a spirited, dancing Lady Birch I first met in January… 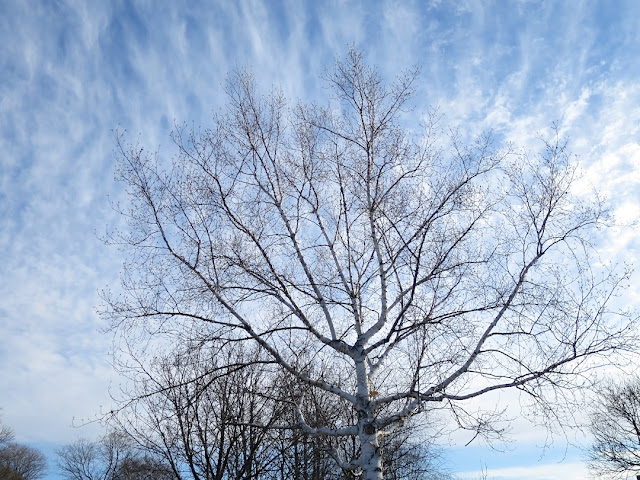 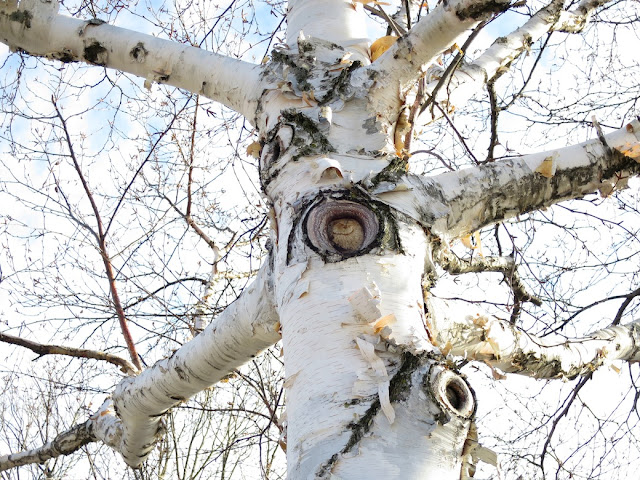 … I was walking down the hill when a little voice said: This way, turn this way!

So I did, and I slowed down even more, until I found myself surrounded by American Robins (my first ones this year) singing their happy hearts out from five Crabapple trees on each side of the road, pecking at the fruits – or swallowing them whole.


I listened to their evening music for a little while with a wistful smile, then I resumed my walk downhill.

I looked up at the big Oak nearby, but nobody was there. So I turned round, and I saw them, a few yards away: two one-year old Raccoons in a Crabapple tree. 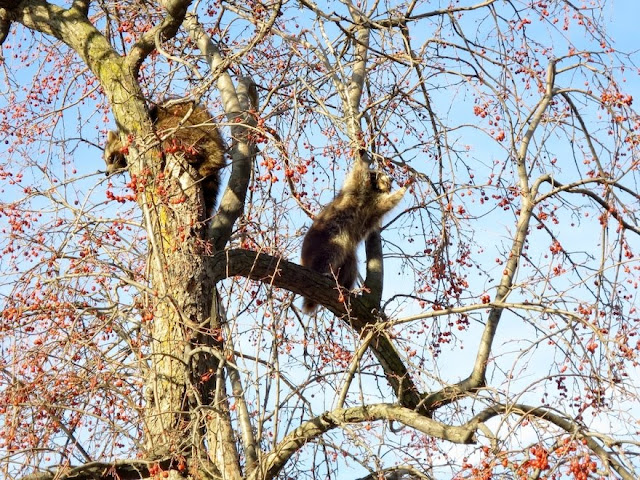 I approached them slowly, concealed by another Crabapple tree that was growing three feet away from their own.

When they eventually looked down at me, the pair decided that I was just another animal (or maybe they recognized me from last summer) and went on tasting every fruit around them. 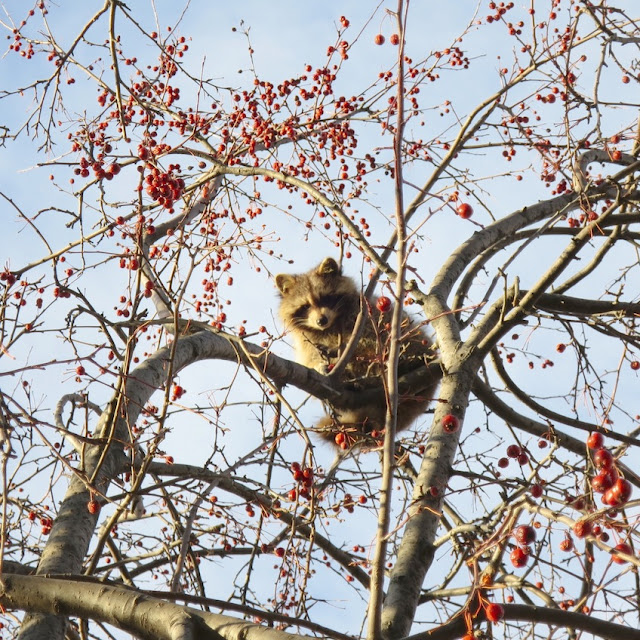 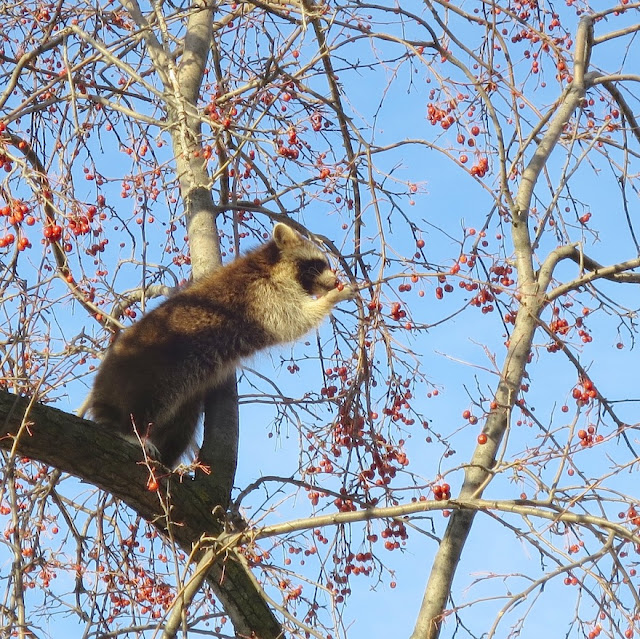 So I simply leaned against that twin tree to observe them more comfortably. I was, indeed, feeling like just another animal, dreamily (but blissfully) aware of the warmer air, of the golden light in my young cousins' fur, and of their contented, pilfering company. 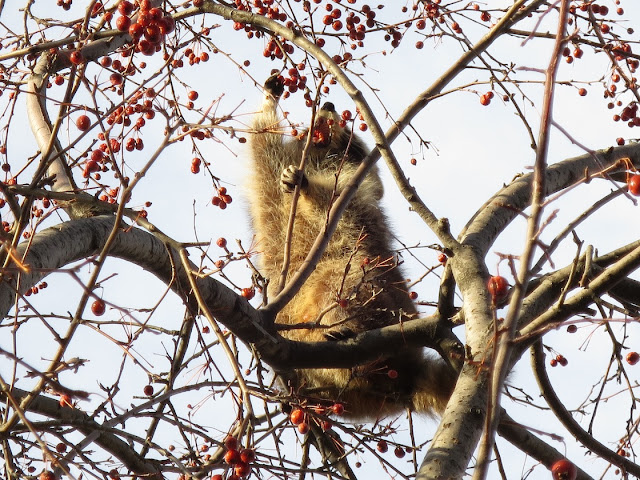 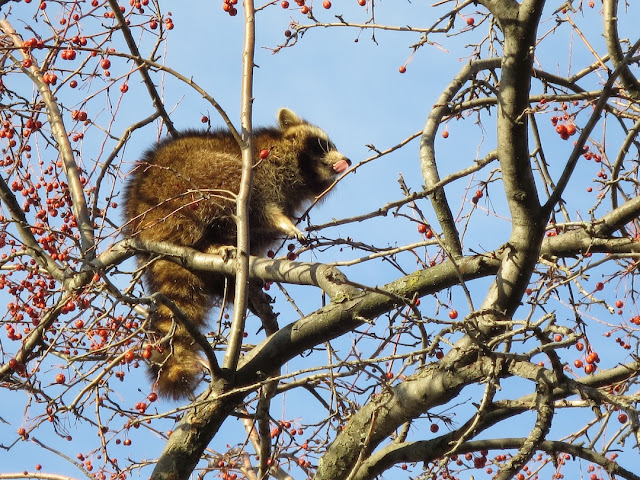 Time slipped by unnoticed, melting away somewhere between our bodies and the sky. 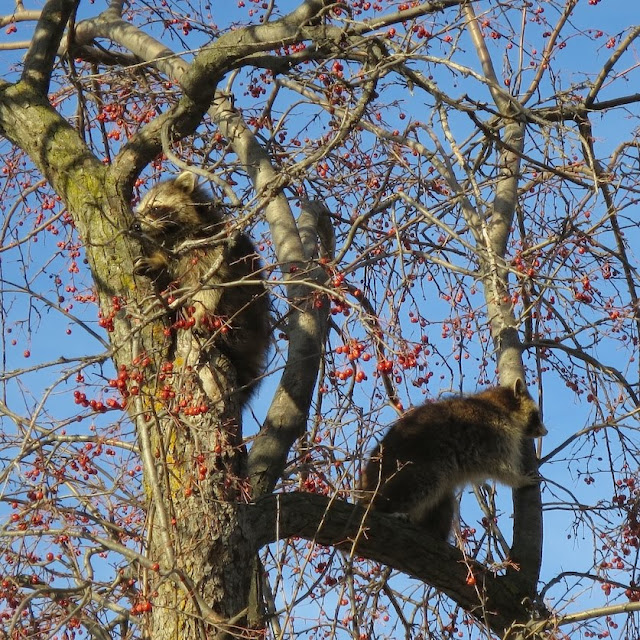 Blessed be the Crabapple trees, who provide us with divine flowers in May, an abundance of fresh fruits in Autumn (when most of us are stocking up on energy before migrating or wintering), and frosted desserts at the end of March.

The Cedar Waxwings and Bohemian Waxwings, who visited our own Crabapple tree the following week for an entire morning, were also singing their soft blessings all along. 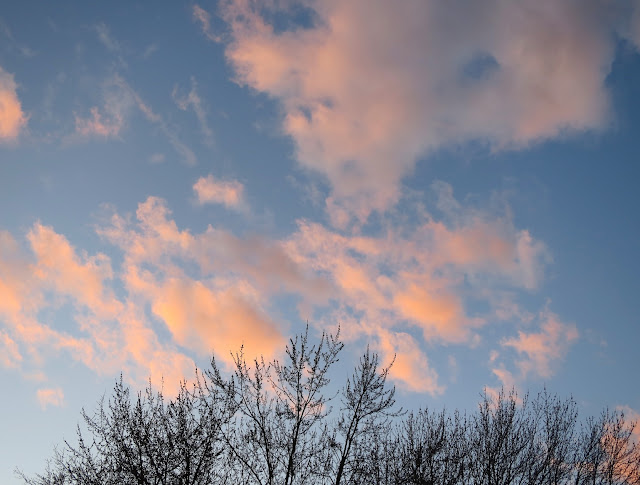 And in the ground. 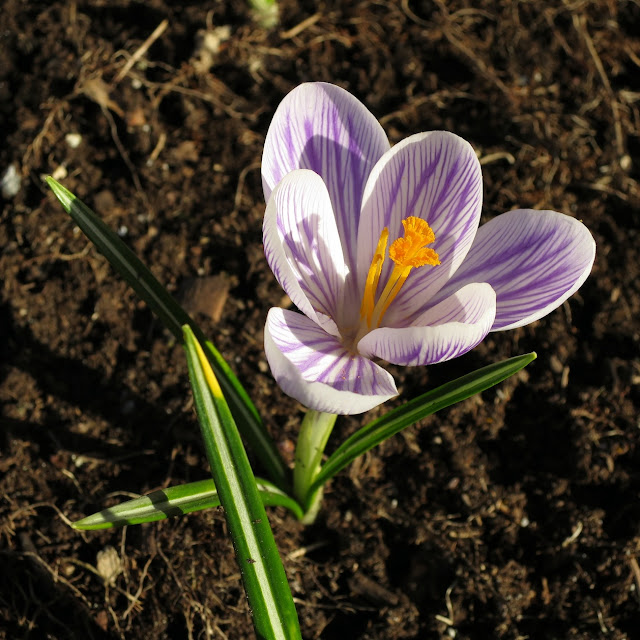 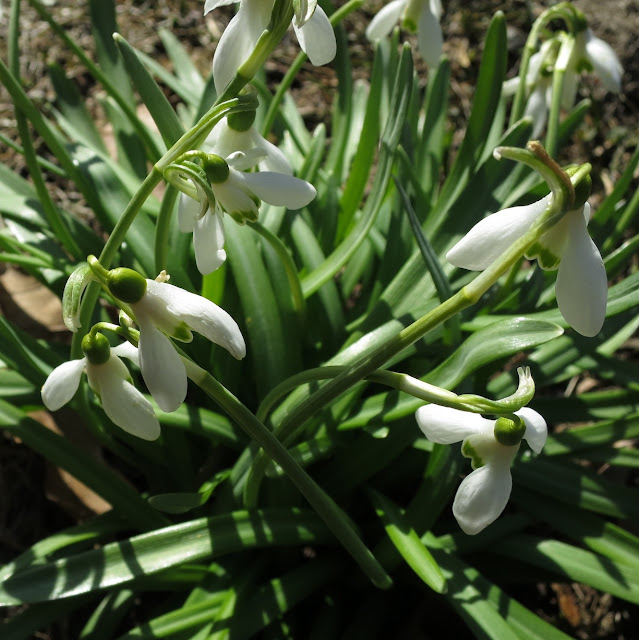