Spring, Suddenly, So Much

I can hardly believe that only one month has passed since my former post: so much has happened since, if only on the seasonal front – in the past two weeks, Montréal went from late Winter to Summer, then back to Spring. 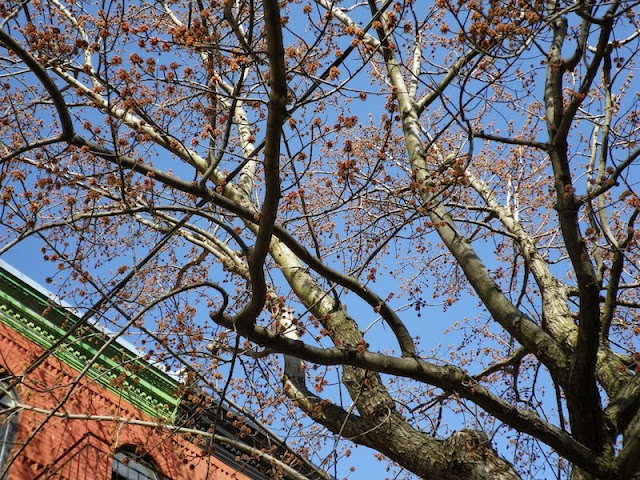 Silver Maple trees all over town are suddenly turning their tight packages of buds into yellow-green bouquets of flowers, each more perfect and alluring than its distinct, perfect neighbour. They appeared about two days ago, and in a few more days young leaves will be taking over. 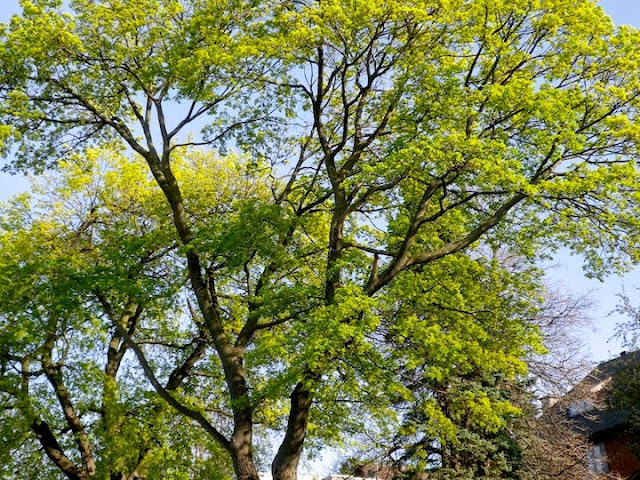 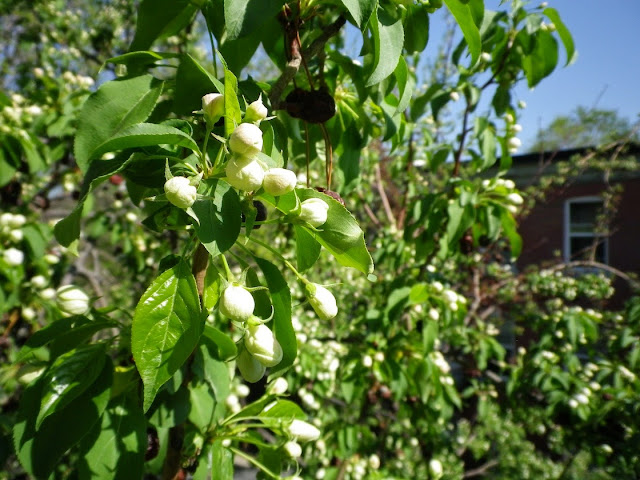 For me, the season of growth actually began on March 26th, a few days after this year's auspicious Spring Equinox. The monthly “Kirtan” evening was taking place that very Sunday, and I had good hopes of finding more clues there... So I spent the entire session with my eyes closed and a heart wide open, fully present. 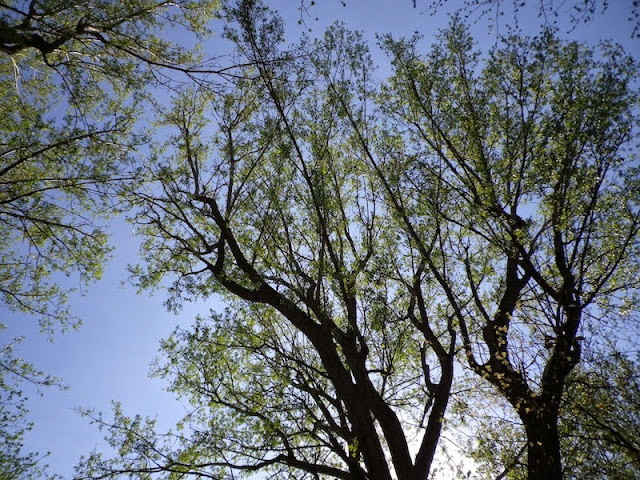 On several occasions during the first hour I felt sadness, fear and doubt rising like a cloud of mud from the bottom of a creek; always the fresh, living river of the sacred song washed them away. And then they were gone. 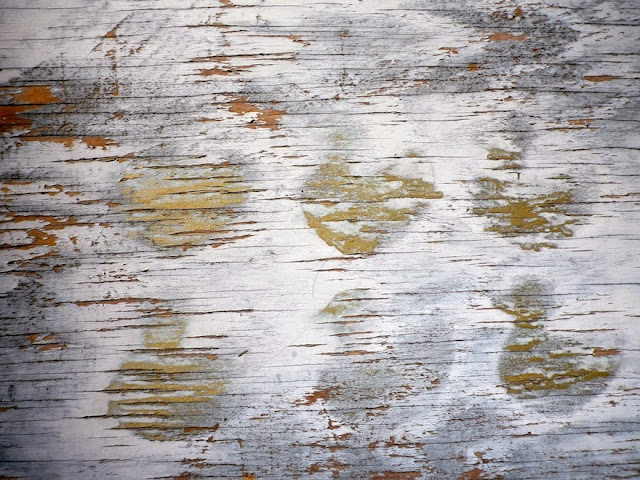 Throughout the chanting, I was completely immersed in (and actively swimming with) tangible currents of hope, love, trust and strength – which progressively allowed the dispersed particles of my own love, strength and trust to be reunited​ within my own soul…

Together, they settled down in the centre of my body, ​reconstructing my center of gravity. 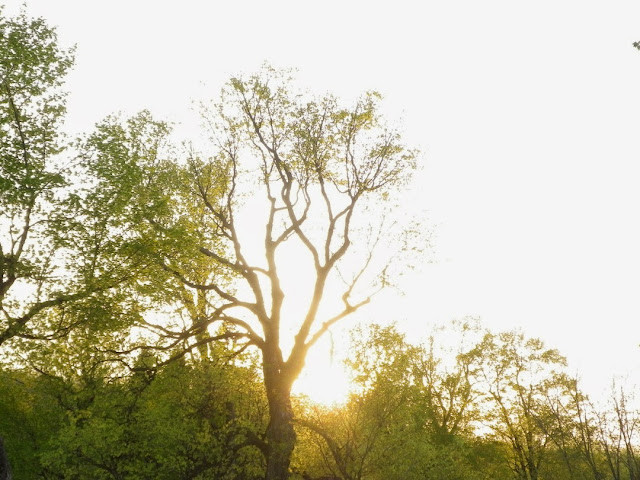 A steady spring of tenderness was now overflowing my heart and mind. I gratefully began to send it back to my companions, into each loving vowel, each hummed note; I was effortlessly one with my intention. 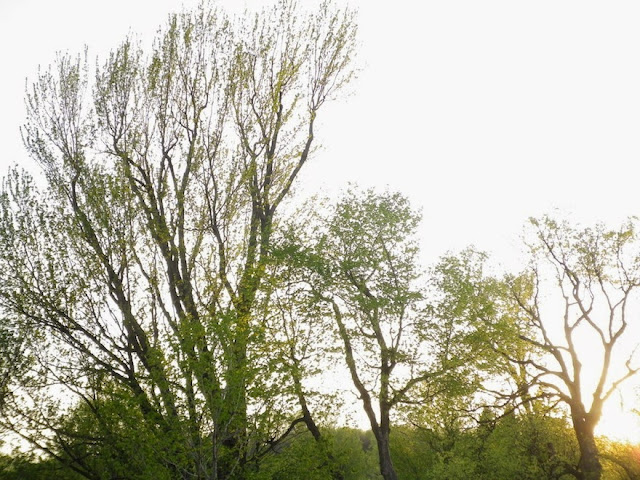 And slowly, I felt my whole being firmly taking root in unconditional love, like never before. 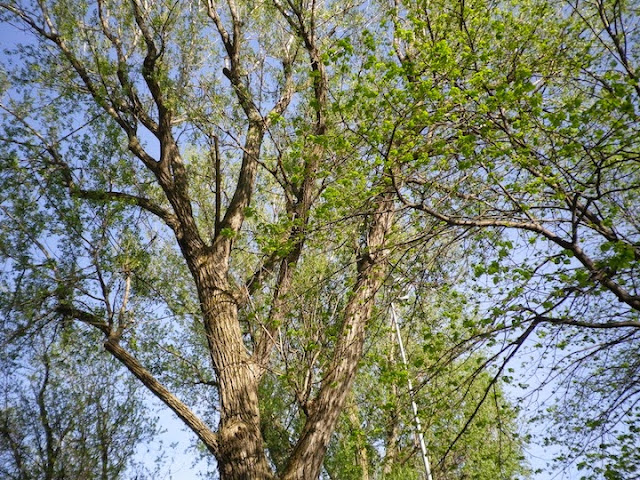 I have often wished I could be as strong, compassionate and sensitive ​as a tree – yet it remained an inspiration, an image. Human beings are, well, “only human”. Or so they say.

But as the chanting went on, it truly happened: I was now rooted in the powerful, fertile soil of love that lies at the centre of everything.

And just like that, I became aware that I was finally becoming my own tree. 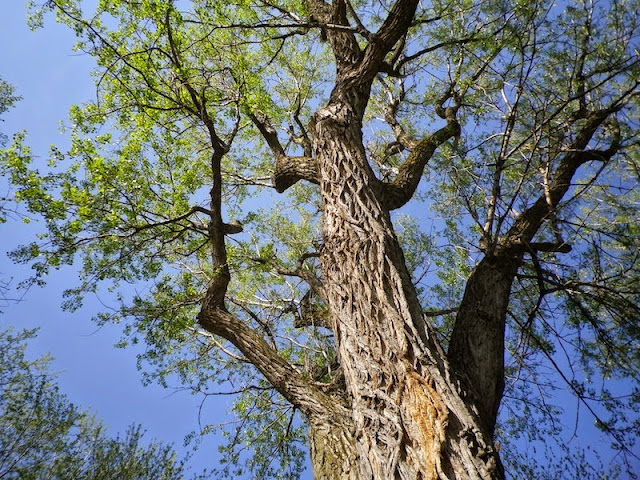 It sounds so simple, but until then I had not known it was possible…

Then I understood (again as a wordless, quiet evidence) that from now on, I would be able to grow any additional limb that was required to become who I am, to embody this tree fully. “Keep growing your roots into the universal love that you are experiencing this evening, and trust the process” was the message I somehow received. 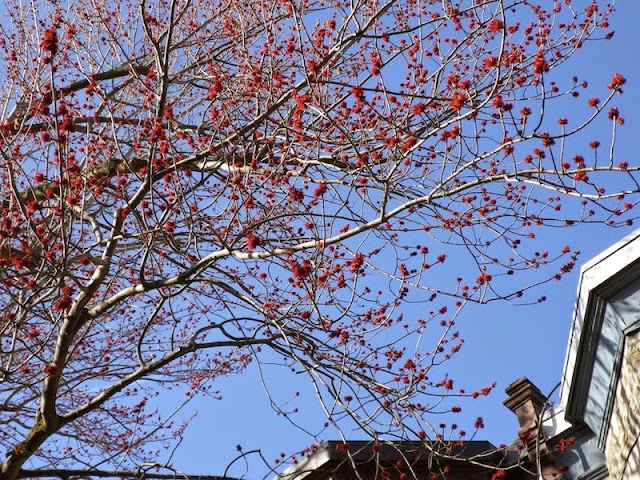 When we are grounded, not only in the present moment, but in the deep interconnectedness that is creating this present moment, we are somehow put in presence of all that is. 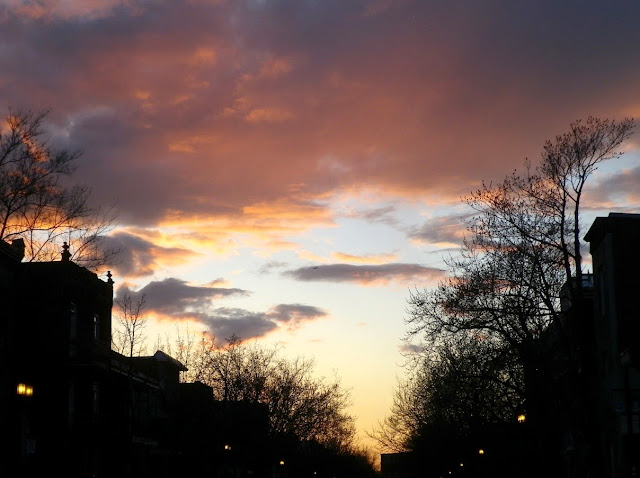 Which in turn, or sometimes simultaneously, opens many doors into synchronicity, serendipity, and a deeper awareness. 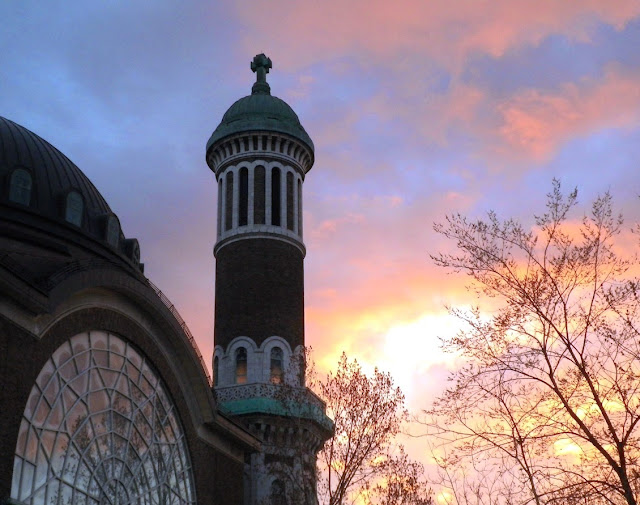 Two weeks later, I was unexpectedly (?) offered the opportunity to carry this process one step further.

I was evoking the Kirtan experience (in general) to Lorne, a person I had come to really appreciate and trust in the past few months through our discussions at the yoga centre, where he would give occasional Qi Gong workshops. At some point, he mentioned that he is also a practitioner in energetic healing.


Really? This would certainly be helpful, I thought – I particularly wished to learn how to manifest in a tangible way my energetic field around me, creating a natural shield, so that I could remain open hearted and sensitive (and kind) without appearing as an easy target for some people.

So we scheduled a healing session for the next Sunday.

Before we started, Lorne said something that immediately made sense to me, a truth I recognized as such on a deep level.

“If you want to create a positive, effective energetic shield, you need to claim your own space. You need to fill it up from the inside out, to embody all of who you are, exploring your own abilities and talents, trusting yourself. Let your energy circulate freely within your mind and body, let it create its own momentum, let it expand.” 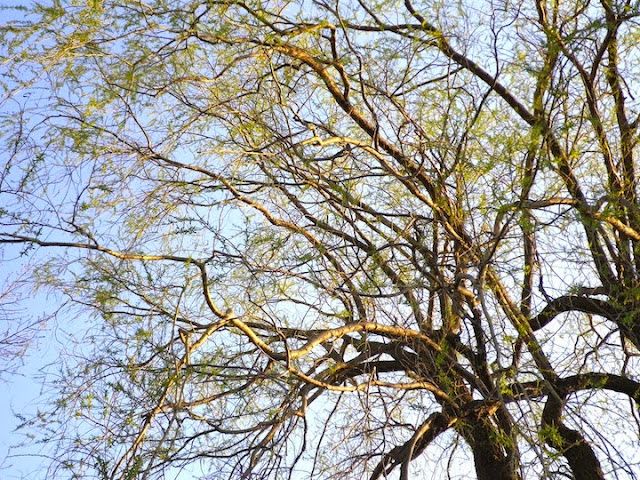 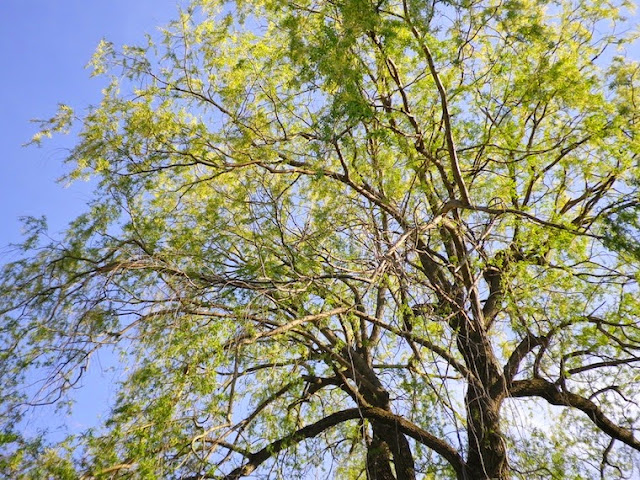 I can’t really describe his clearing, repairing and balancing of my energy centres (or chakras), mainly because I was trying to remain attuned to my perceptions, instead of taking mental notes – but I could definitely perceive the successive changes inside me during the process. 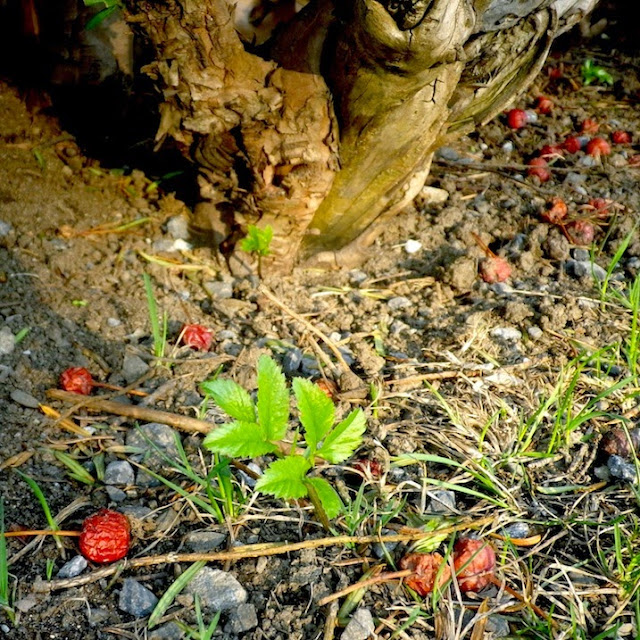 Before I left, he gave me a specific breathing exercise to be done a few times daily. He added that some of these changes might lead to some unsettling stages at first, yet it was important to carry them on with faith… 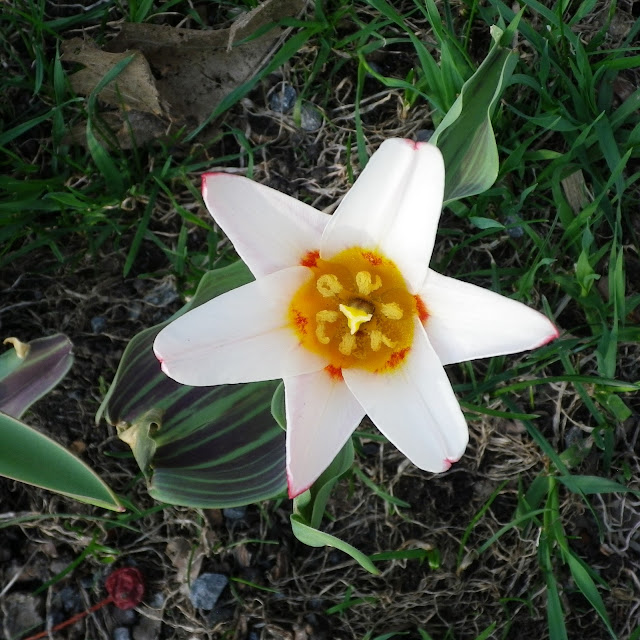 Much to my own surprise, one of the subtle, significant shifts that have taken place since the healing was obvious from the very next day: I can now be my merry, slightly exuberant self with people in general, not just my friends and family :o) 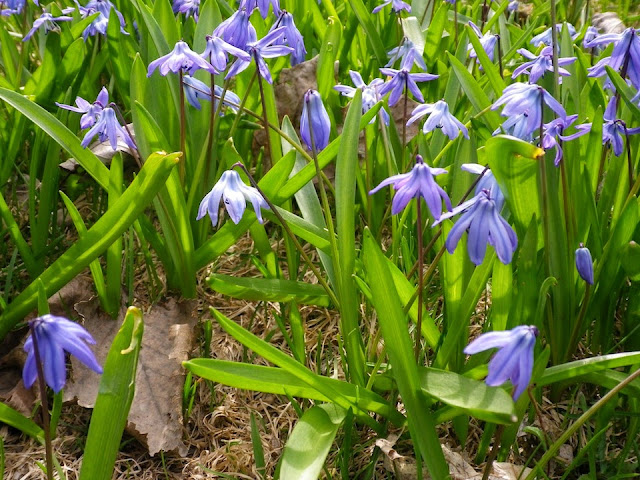 So far, there had always been an inner, invisible barrier that prevented me to show my whole personality to strangers (or even friendly customers)… as if I was vaguely worried that they might either reject me, or take advantage of me in some way. (Probably because both scenarios were quite real in my teenage/student years). 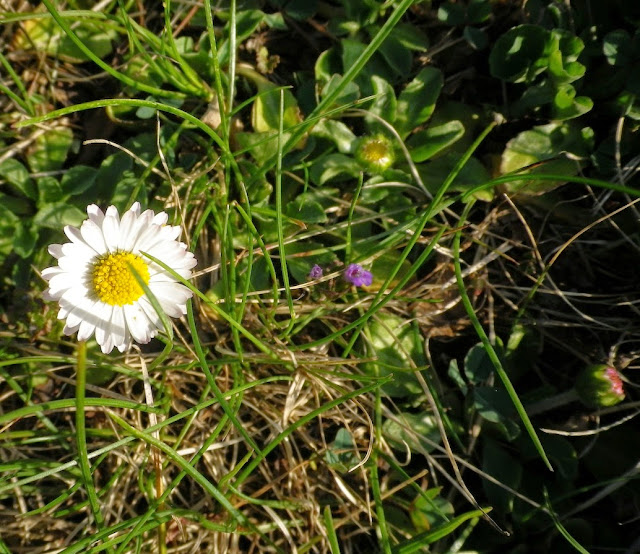 But now the very opposite is true. I feel warmly welcomed, and this new confidence also sends a positive message regarding my own integrity – something along the lines of “I am happily in charge of/busy with my own life”.

I know that the next step, for me, is to let this exuberance and freedom expand within my creative projects  :o) 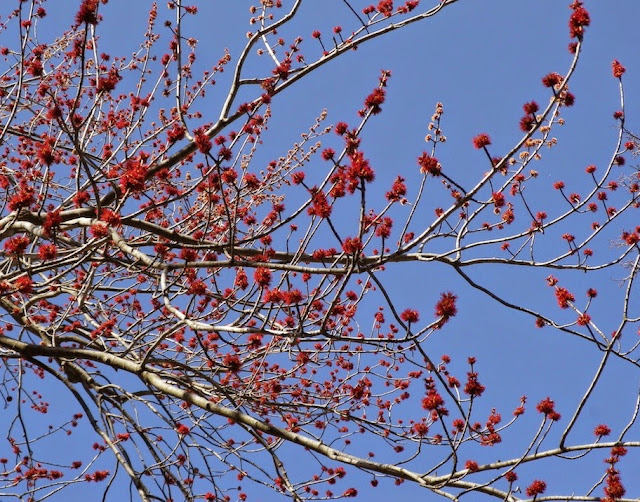 I have been busy reorganizing and discarding things – while switching my apartment from winter mode to summer mode, which is quite exhilarating. I still have a major paperwork task ahead, I am planning a three-week visit to France this summer, and a translation arrived on my desk yesterday, next to a bird eagerly waiting to be painted.

Last but not least, Spring is here, suddenly, so much. 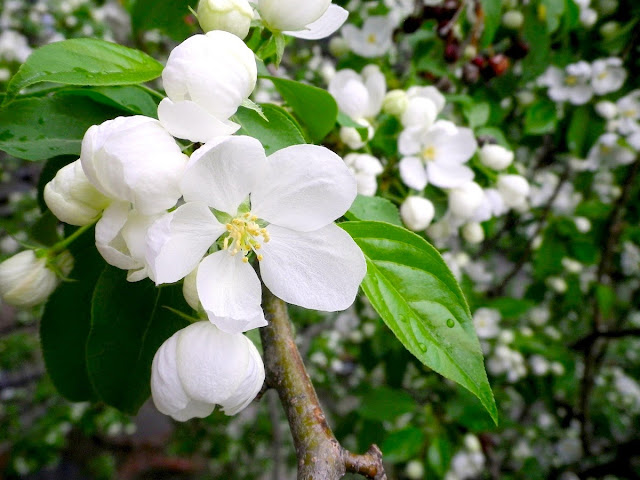 I have recently spent blissful hours on my beloved hill, witnessing, pondering, scribbling in a notebook. 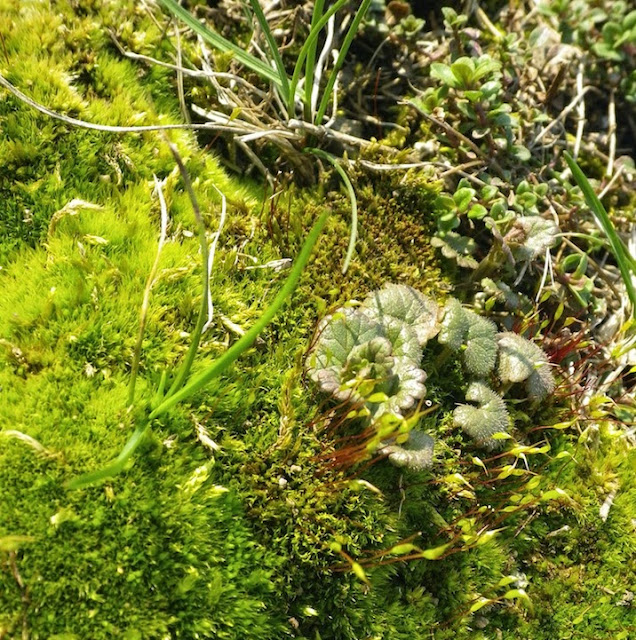 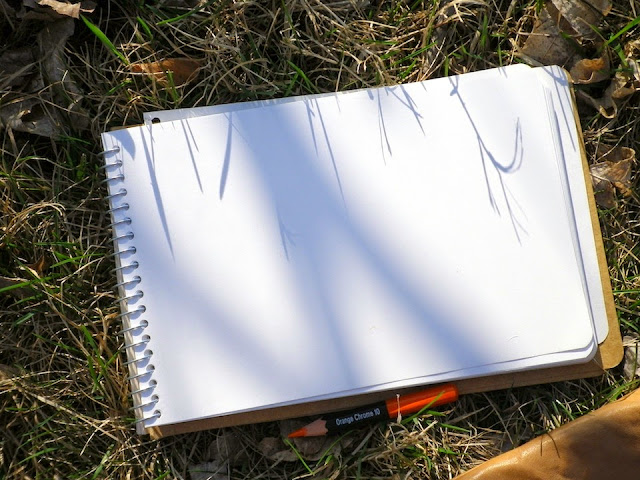 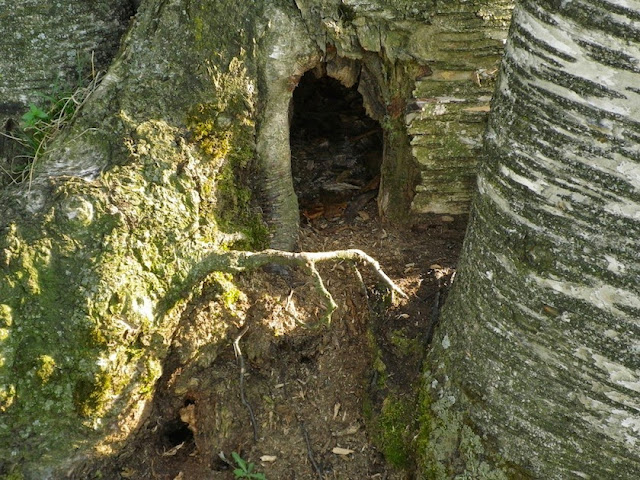 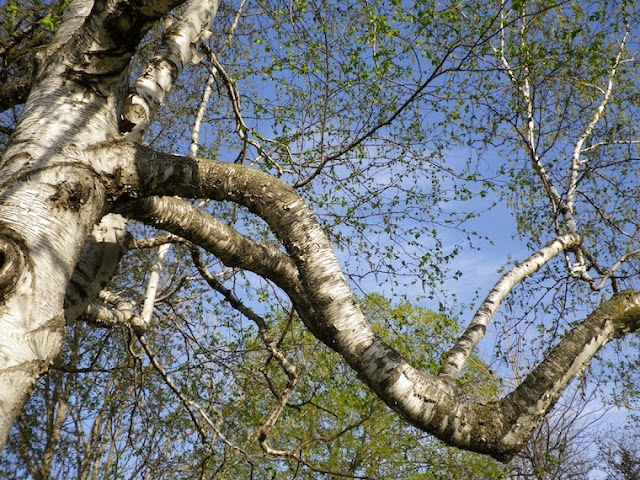 And through all of this, I am growing into my own tree. 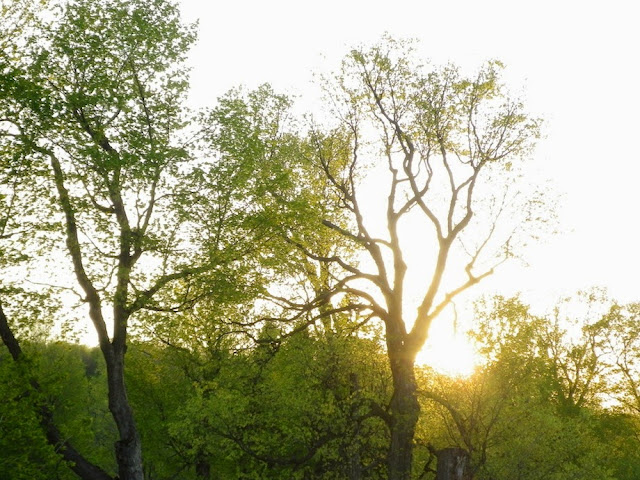 Can you feel it, too? The merry, tender exuberance of the season, taking hold of your human heart?